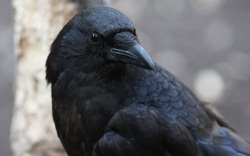 In order to have a clear vision of what I'm doing and in order to inform the public of my practice I've written a Mission Statement:

This Statement, together with my Code of Ethics govern my practice and act as a guideline.
Shamans used to work in tribes and local communities. The laws and customs of these cultures are different compared to ours. In order to take myself serious I've been looking for ways to adapt shamanism to the 21st century and and to modern Occidental society.

The mission of my practice is to be of service in the most respectful way possible.
To have a professional attitude.
To provide help when I can and to refer to others when I cannot.

It is my aim to uphold the following elements in my practice: 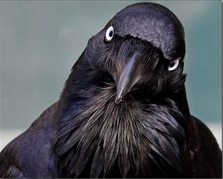 I use the word "Shamanism" because I see no other alternative. It describes "the art of purposefully and securely altering consciousness in order to enter into an alternative reality. In this reality the practitioner finds information or energy and brings it back to normal reality. Normal reality will have changed because of this work."

No other word explains this phenomena. Only "Shamanism" does.

The word comes from Siberia, from Buryatia, but has spread across the planet and is now an international word. It helps people of different cultures understand what the other is talking about.

Nevertheless, since it is a universal term, we have to be careful not to include everything in the label. Some Native American tribes practice forms of Nature Spirituality, but that doesn't mean they practice shamanism. New Age and Neo-Hippie therapies aren't shamanism neither. Crystal therapy, Reiki, Quantum Theory speculations are OK, but they're not Shamanism.

Then again to claim that it only belongs to a small group of Siberians is a dead end as well. This path of reasoning denies that there is a worldwide art of purposefully altering consciousness in order to work in an alternative reality so normal reality can change.

But although everyone can live shamanically, this doesn't mean everyone is a Shaman. It takes more to be a Shaman. And to call oneself a Shaman doesn't make one a Shaman. This is pretty important. You cannot become a Shaman through a book, an internet course, a weekend course. You can learn how to live life shamanically though and that is great.

You're a Shaman when you've been called by the Spirits, when you've gone through (at least one) initiatory crisis and when you live in service to others. The Spirits have to work through you. You're a Shaman when you purposely use a tool (drum, rattle, plant, breathing technique, dance, etc) to change your mind and then let a part of your awareness travel into another reality, where you work, and in this way influence everyday reality.

A Medium is not a Shaman. A Medium doesn't journey to the Other World. A Herbalist, a Priest, a Magician are not Shaman. But a Shaman can be a Herbalist and a Priest and a Magician.

It's tough to be a Shaman. You work a lot, people think you're nuts, occasionally you yourself will think you're nuts, you earn next to nothing and you have to continuously walk a tightrope between two realities. It's a form of acrobatics. 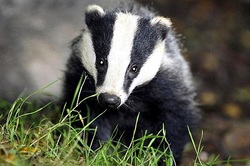 I used to follow the politically correct line of calling myself a Shamanic Practitioner and not a Shaman. I did this to distinguish between the Western practitioner that I am and the original tribal Shamans in other parts of the world. I did this to be in integrity.

My aim has always been to be respectful to everyone. I do not want to appropriate someone else's culture!

But I do not know anymore if the distinction between Shaman and Shamanic Practitioner is still useful. I see masses of  European and American people calling themselves "Shaman". Some are for real - others are not.

While there is a group of people who do their best to keep the integrity of the original word intact by calling themselves Shamanic Practitioners, a large majority of others are not.  And these others will eventually win out. There's more of them then of us. Point. In the end the reason for our effort has become obsolete. Continuing the discussion seems like two Turkish people arguing if Troy belongs to the Hittites or to the Phrygians.

Some of the Native people I've spoken to don't even care. For some everyone can be a Shaman and the word isn't important (the actual work is) - for other Natives it doesn't matter because in their eyes we're all thieves anyway. Call yourself Shaman or Practitioner, they will still consider you have stolen from their culture. It's like speaking to a wall...

I begin to wonder what's the point and if it wouldn't be easier to call myself a Shaman and then just refer people to my website for explanations. Then they can chose to respect it or not.

I practice two forms of shamanism:
My personal practice is ancestral and local. It is Western and Northern European, with a slight influence of Sub-Artctic Eurasia. These are my ancestral roots. I work with the spirits of this land and the Ancestors who've lived here.

My public practice on the other hand is a culturally neutral shamanism. It is great. It is powerful. It is useful and life-altering, to the positive.
It links people to their own ancestry, the spirits of the lands they live on, the nature spirits in general. It links people to Spirit and to the Spirit Worlds. It is accessible to people of all backgrounds, all nationalities and all philosophies of life.
It teaches the art of increasing personal power, of dreaming, of living through the heart, of being in harmony, living with nature and living with others.
It is a culturally neutral form of shamanism, but it's as effective and powerful as traditional shamanism.